7 Cigar Makers You Can Count On

In With The New at Cigars Daily

What We Know About The Flavored Cigar Ban

Close But No Cigar – Tim Missed Out Big!

What We Know About The Flavored Cigar Ban 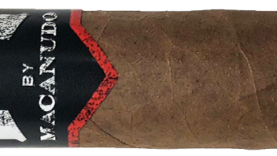 If you’ve been a fan of cigars for any amount of time you’ve likely heard about the many prohibitive rules and regulations that cigars face on a regular basis. Well, as it turns out, it’s that time again. This time flavored cigars are up to bat. In this video, I’ll take you through the FDA’s latest move to ban menthol cigarettes, and flavored cigars while they’re at it.

The M By Macanudo is a coffee infused blend from one of America’s favorite cigar brands – Macanudo. This heritage cigar maker is known for many different blends, but this is their first flavored cigar. It matches a sweet coffee sweetness with a robust premium cigar flavor profile.

How we got here

In the world of cigars, the letters FDA are not popular. People in the cigar world seem to pretty much view the Food and Drug Administration as them enemy. It actually makes decent sense since that’s the agency that creates regulations that make cigars more expensive and harder to enjoy.

However, when it comes to the proposed ban on flavored cigars and menthol cigarettes, this was actually the result of a 2013 public petition from 12 anti-tobacco groups who demanded the FDA take action. Then more recently, the FDA was sued for not having taken action on the public petition.

So it’s not like the FDA isn’t looking to create more rules and regulations for cigars… but as far as this one goes, the FDA didn’t initiate.

While the FDA didn’t start this fight… they certainly are approaching both menthol cigarettes and flavored cigars with their proposed band. It’s a sad truth that much of what happens to cigars is the result of regulations being placed on other things.

Cigars are such a small segment of tobacco sold in America each year that it’s easy to rope cigars in with other types of regulations. The industry is small enough that it may be easy to assume that we wont have a voice (an assumption that has backfired in the past).

A tale of two cigars

Now we’re ready for a new fight for the freedom of flavored cigars. And here’s what we know right now.

Within the last two years, cigars have been given an official definition. It may sound like a trivial thing, but when it comes to the regulation of cigars, it’s actually a big deal. Without a technical definition of a ‘Premium Cigar’, it would be impossible to seperate the hand made products sold in a cigar shop from the machine made stuff that’s typically sold in a gas station.

Today, a premium cigar has a few characteristics. They must:

That last point is the real zinger here. When the legal definition for a premium cigar was passed, it separated flavored cigars from non-flavored ones. That means a flavored cigar isn’t a premium cigar by definition. That also means that if a cigar fits all the criteria above, other than the flavor part, it would technically be no different than a machine made, paper wrapped, cheap, gas station ‘cigar’. This is a problem if you are familiar with flavored ‘premium cigars’ (a virtual classification).

What will happen next?

The FDA hasn’t given many details about what this ban means. At this point, we don’t know how comprehensive the ban will be, or whether it will even include flavored cigars that are otherwise premium. There are some indications that the ban will include them, and a couple of glimpses of hope that it won’t. For the time being, we will have to learn to be comfortable waiting to learn the fate of flavored cigars (this waiting is something cigar people have become rather accustomed to).

Regardless, you can count on large tobacco companies and organizations to file lawsuits against the FDA for these actions (kinda seems like the FDA is gonna get sued no matter what they do). Several large tobacco companies have already released statements saying that there’s no scientific evidence to back the ban of menthol cigarettes.

It seems to me that bans like this haven’t historically gone well. It was almost exactly 100 years ago that the government enacted Prohibition – a federal ban on alcohol. If I recall correctly, the ban really only served to produce an illegal market for alcohol throughout the country. And of course, there’s the ban of Marijuana through the Controlled Substances Act of 1970… which paved the way for many of the tax dollars spend during the war on drugs.

Today alcohol and (strangely) weed are both more accessible and acceptable than cigars in many places in many ways. But just as time and culture ebbs and flows, this too shall come and pass in its own time.

I learned a lot about this issue by reading The FDA’s Official Statement, and Halfwheels article SEVEN THOUGHTS: EXPLAINING FDA’S PLANS TO BAN MENTHOL CIGARETTES & “FLAVORED CIGARS”. If you’re looking for more information on this topic, you’ll find a ton behind these two links.

Here are some of my sources for this video.

How Unhealthy Is Cigar Smoking? (EXTENDED)

Close But No Cigar – Tim Missed Out Big!