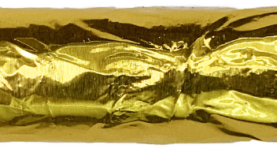 The Liga Privada Year of the Rat is a full strength flavor bomb with some of the most impressive consistency you'll find in any cigar. From your first puff to the last, you'll get a robust flavor profile with notes of dark chocolate, leather, oak, coffee, pepper, and a mild sweetness. This is the perfect cigar for the full bodied cigar fanatic who wants something with an extra measure of refined flavor!

Liga Privada Cigars are some of the most high demand cigars on the market, and the LP Year of the Rat is in high demand among these popular cigars! Drew Estate has been releasing these each year since 2016, and they fetch about $16 per cigar! What I want to know about this pricey limited edition cigars is – can it provide flavor that’s above par for the Liga Privada line? And the only way to find out is with a cut and a light!

This won’t be easy for the Year of the Rat. Even at light up, I already have a lot of expectations for this cigar. It carries a $16.40 shelf price, so it had batter be pretty damn near perfect. And as I gather my first impressions, I’m not disappointed. Initial puffs bring a full strength flavor profile to the palate. There’s a white pepper on the retrohale, and even stronger black pepper in the back of the throat. No real sweetness comes across at this early stage, but flavor notes are dark chocolate, leather, and oak. Not bad for an intro, but this blend still has a lot of work to do to qualify its high end shelf price!

The first inch and a half of this blend comes with some nice development. Pepper on the back of the throat and retrohale have fallen away quite a bit, while flavor notes continue to grow. In addition to the notes from light up, coffee has made its way into the fold. Now, this cigar is a full strength and full flavor blend. The only thing that’s noticeably absent is the sweetness that should come from a high caliber broadleaf wrapper like this one. That counts against the blend a bit, but at this point, there’s more in the win pro column than the con.

At the halfway point, even the Year of the Rat offers that pinnacle of flavor that is common with most cigars. There’s a better balance of flavor here than at any previous point in the smoke. Even sweetness has made it’s way forward, though still not as present as I’d prefer. Right now, coffee is the dominant note. But it’s only slightly more dominant than the other notes in the profile. Pepper is a distant memory now, but the blend hasn’t lost much for flavor as there’s still a lot going on in the profile.

This is where the YOTR has impressed me the most. Normally, I expect a cigar to lose flavor in the final third. But this blend is holding as strong as it did through the second third. That’s not something I can recall happening before… ever! The body of the cigar starts to heat up near my fingers, but the smoke still hasn’t become hot (even though there’s less than an inch of cigar left to smoke.

All in all, this cigar did perform better than other Liga Privadas I have smoked. It’s not common for me to say that a cigar qualifies a $16 shelf price, but this one comes as close as anything I’ve smoked to doing so!