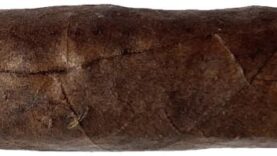 If you’re spending time online, you’ll have no shortage of people’s opinions and criticism. Certainly, the cigar industry is no exception to that. So when it comes to facing the gnashing of teeth, Laurel Tilley and I will take you inside how we respond.

The Macanudo Cru Royale is a medium plus bodied blend that uses tobaccos from Brazil, The Dominican, Ecuador, and Nicaragua to produce a robust flavor profile with lot’s of flavor. This is the blend we recommend to critics who accuse Macanudo cigars of being too mild.

Criticism is one of the best parts of human nature. It’s only through the fiery stills of constructive criticism that many of us learn about issues in our own lives that we need to work on. At the same time, criticism can become incredibly damaging when it ceases to be constructive. And that’s what you see all over the internet today.

No matter what you love to do, someone will eventually have some unpleasant words for you. And the cigar industry is no exception. Criticism pops up in comments, messages, videos, photos, and every other way we use technology to communicate with each other. The danger exists in that facing constant critics will eventually take a mental toll on any person. That’s why you’ve got to have a good way to deal with it!

In my mind, there are a few different types of criticism. In the video, I mention compliments as one type. But for the purposes of this article, I’ll just outline the three negative types.

Dealing With A Critic

I find criticisms from all three of these groups that pop up from time to time on the Cigars Daily Platform. Whenever I do, I typically ask myself, “what type of criticism is this?”

If a person is commenting with something that seems intended to be hurtful, I always have to ask myself if there’s something constructive to be gleaned from the interaction (even if the person is being a d-bag). Some of the best growth I’ve experienced as a person has come from listening to constructive critics in the cigar world.

On the other hand, there’s plenty of unhelpful and unuseful critics and criticisms out there. For those, I try to hold fast to the old addage:

If you don’t have anything nice to say, it’s best not to say anything at all.

I haven’t always done this as well as I’d like, but ignoring unhelpful critics has allowed me to focus on what’s important, and let go of pointless stuff like the color of my shirt, or the gap between my teeth.

At some point, we’re all going to encounter each of these types of critics. So here’s my question for you. How do you handle criticism in cigars online? Drop a comment down below!