My Father The Judge Cigar Review 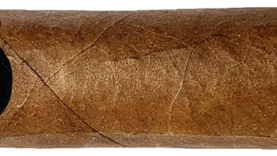 The Filthy Viking is a Habano wrapped cigar with binder and fillers from Honduras. It's a mild-medium strength blend with vibrant notes of cedar, almonds, grass, hay, butter, cream, and sweetness. It's a perfect cigar to enjoy with a cup of coffee in the morning, or a frosty wheat beer on a warm afteroon.

People ask me what my favorite cigar si all the time. It’s a question I typically avoid as I find cigars to be very situation. There isn’t a single cigar that I would pick over every other for every occasion. However, The Filthy Viking is my blend. The one that was crafted according to my palate. So this is the closest thing to my ‘favorite cigar’ that there is… I at least it’s supposed to be. My question in this review is, can the Filthy Viking still provide the amazing experience that caused me to fall in love with it during the blending process? The only way to find out is with a cut and a light.

As I mention in the video, this isn’t the first iteration of the Filthy Viking. It’s actually the third. However, this one has been made with some of the best tobacco in the world, by one of the biggest cigar making families in the world. This upgrade in quality shows up immediately at light up.

The flavor profile comes to life while the flame is still touching the foot of the cigar. It’s a nearly medium strength flavor profile with bright notes of cedar and almonds. There are notes of grass and hay, although they are sitting in the background. It is, however, nice to have such a well filled out flavor profile at light up.

After the ash reaches about an inch in length, I’m noticing some strong signs of quality construction. These are critical for the entire smoking experience. The burn is very straight. The ash is holding strong. The only thing I can really complain about is the draw. There’s a smidge more resistance required to pull smoke than I prefer. But it’s not such a tight draw that I would call it a bad draw. It’s just a bit tight.

Flavor also remains strong in the first third. The profile remains pretty much identical to light up, which is a sign of great consistency. There’s also a creaminess to the flavor that I particularly enjoy. This is the kind of blend that I will have to focus on drawing slowly so I don’t overheat the tobacco.

At the halfway point, this blend hits its high point. The flavor is more balanced here, and the creaminess comes through will full force on each puff I take. There’s one new note that I can pick out here – butter. This is the only blend I’ve ever smoked that gives off an authentic butter note. That just might be my favorite thing about this blend.

It’s also notable that the butter note is easier to pick out, and enters the profile earlier on the toro size.

Coming into the last few puffs of the shrinking nub, the flavor has changed more than at any other time. Some notes have dropped away. There’s less cedar, butter, cream, grass, and hay. Now there are more roasted almonds. I wouldn’t call it a full transition because, in my mind, this is an issue with consistency. The strength has also risen a bit, making this a medium strength cigar.

Overall, The American Viking Cigars Filthy Viking is just as good as I remember it being when we blended it. And I feel very proud of what it has to offer other people. BUT, that’s just my opinion. If you have had the Filthy Viking, please drop a comment and your rating for everyone else to see.