How to Start A Rockstar Cigar Collection 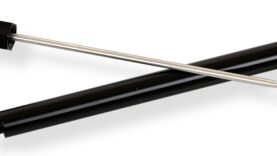 One of the beautiful things about cigars is their unique handmade nature. There aren’t machines that pump out premium cigars. Each one is hand crafted by skilled cigar makers who have made it their life’s mission to produce excellent cigars. But that also gives cigars one inherent flaw – human error. Cigar rollers are good at what they do, but they don’t get it right 100% of the time. And even when it is right, there are things like humidity and temperature that can kill the draw on a great cigar. So it’s important to have a good game plan for when you encounter a plugged cigar. In this video, I’ll take you through the PerfecDraw, a draw enhancing tool that is touted as the best on the market. Let’s see how well it really works.

There are a few things to know about using the PerfecDraw before you jump in. The list is short, but this will help you avoid an even bigger mess than the terrible draw you started with!

Amazingly, the PerfecDraw opened up a completely plugged get after I followed just the first step from above. It completely changed the experience for me. And I have to admit, it was effective in a way that other draw tools haven’t been able to replicate.

However, when I tried to use it to open the draw on a cigar that was just a little bit tight, it was a little more work. I inserted just the barbs, which didn’t change anything. I had to go back a few times inserting the tool deeper every time until I actually popped the cherry off the end of the cigar. but after that, it was like smoking a completely new cigar.

I gotta say, I’ve used a lot of draw tools, but this one takes the cake. It’s the only tool that comes with a set of common sense instructions and worked when I really needed it to.