Can Your Cigar Lighter Do This?

How to Start A Rockstar Cigar Collection

If Anyone Lights Up An Alec Bradley, I’m Calling The Cops! 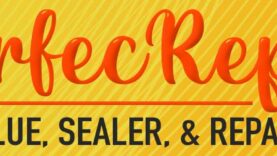 There’s just about nothing worse than going to smoke one of your favorite cigars only to discover that there’s a big crack, tear, or gouge in the wrapper. It can make a cigar worthless. And it’s easy to damage one of your own cigars. If it gets dropped, rolls off the table, or is even squeezed too hard, you’ll find yourself in a tough spot. Fortunately, today there’s a sure fire way to repair any cracked cigar, and restore it to its former glory. Here’s how it’s done!

Cigar glue isn’t a new idea. It’s used in every hand made cigar on the planet. It’s a cloudy pale goo that’s made from vegetables – a vegetable paste. It has not odor or taste, which makes it perfect for holding the wrapper leaf together when applied near the cap. It’s also used in many factories to apply the cigar ring(s). It’s an important part of the construction of any cigar.

Coincidentally, it’s also a double edged sword. We’ve all had cigars that have come apart as we’ve removed the cigar ring. And that happens when too much cigar glue is used, and the cigar ring becomes glued to the wrapper leaf. So it’s important the cigar factory workers who use cigar glue know what they’re doing, and are paying attention.

PerfectRepair is a bottled up version of cigar glue that comes with a convenient built in brush to help apply it. It also happens to be the closest recreation of the cigar glue that I have seen used in cigar factories. It might even be the same recipe. At the very least, it works the same. You can use this stuff on cracks, tears, punctures, and even holes in the wrapper leaf of any cigar to bring it completely back to life.

In my experiment, in the video, I used the stuff to repair three major types of cracks. One was the severely cracked foot of an AJ Fernandez New World Connecticut. The second was a gaping hole in the side of a Gran Habano Persian King. And lastly, I used it to repair the cracked cap of a JFR Corojo. In each case, the PerfecRepair brought the cigar back from the dead! They didn’t look spectacular. But each one smoked really well, and offered every bit of the flavor that I’ve come to expect from these blends.

I recommend having a bottle of this stuff on hand for anyone who enjoys premium cigars. We’ve all had sticks that have cracked for whatever reason. This cigar glue will help keep your collection out of the trash and in top shape. It’ll also become an asset when you’re smoking with your friends and some else drops their cigars. You’ll be their hero when you pick it up and glue it back together with ease!