In With The New at Cigars Daily 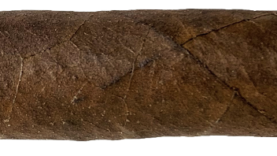 The CAO Amazon Basin uses leaves from the Amazon Rain forest to provide a very unique flavor profile. It's a medium bodied blend that offers notes of cocoa, leather, oak, cinnamon, and coffee. It departs from the traditional premium cigar flavor profile with a gritty consistency to the flavor, which I consider to be an asset to the experience of the cigar. I would recommend this for any cigar smoker (of any preference), who is looking for something different and fun.

CAO’s Amazon Basin might not seem like anything special at first glance. It has a Sumatra wrapper, Nicaraguan binder, and fillers from Nicaragua and Brazil. It’s a pretty standard sounding blend, but this limited edition cigar boasts something that no other cigar on the planet can – the Brazilian filler leaf comes from the Amazon Rain Forest. It’s grown there by a tribe of natives. And they don’t even grow it in fields. It’s grown in patches all over the village.

It’s a cool backstory, but this cigar has to provide amazing flavor to earn the points it needs in this review. The question I have is – can tobacco from the Amazon Rain Forest offer an amazing smoking experience? The only way to find out is with a cut and a light.

For someone who is always looking for something new, different, and interesting, I’m impressed with this cigar at light up. The profile has a lot going on, especially for such an early point in the smoke. This is a medium bodied blend that starts off with flavors of cocoa, leather, and oak. The flavor lacks any kind of real sweetness, but I’m not sure I miss it with this flavor. The whole profile has a gritty consistency to it… I’m not really sure what to call it other than that. And the grittiness isn’t a bad thing. It’s not incredibly smooth, but it has some other flavor features that I’m kinda digging at light up.

Now that the flavor has fully developed, the flavor is largely the same… with the exception of one new note which is dominating the flavor. The new note – graham crackers! This is the best example of that graham cracker note that I’ve ever found. There’s still no real sweetness to this flavor, and I’m still enjoying the grittiness.

Construction has given me some issues early in the smoke. The burn seems to be wanting to canoe down one side. So I’ll keep an eye on that as I continue to smoke into the second third.

Barely past the halfway point, I’m finding a nice cinnamon note in the mix. The rest of the flavor profile is still pretty much the same, but the grittiness has subsided at this point. It’s a much smoother experience, and easily the best part of the cigar to this point.

While flavor is headed in the right direction, I’m getting a loose draw at this point, which is taking away from the experience just a bit. The burn has been a lot better near the halfway point, but I did have to touch it up earlier. It’s not a significant problem, but also not the kind of problem anyone wants ot have.

It’s rare that the final third is the most exciting part of a cigar for me… but with the Amazon Basin I’m thrilled. This is the part of the cigar that’s wrapped in tobacco twine, which is used as a cigar ring. It gives the stick a very distinct look, and it adds an amazing burst of flavor when smoked. I’m getting coffee in this flavor. It has heated up, and flavor notes have become muted as I smoke past the tobacco twine. But it was a nice little explosion of flavor while I smoked it!

Overall, this is a great and very unique blend. It’s a medium bodied flavor bomb with plenty of tricks up it’s sleeve. After going through the full experience, I know that I’ll be looking forward to the annual release of these every year that CAO puts them out.

Where Did Cigars Daily Come From & Where Is It Going?