The One Way To Roll A Cigar With Real Consistency 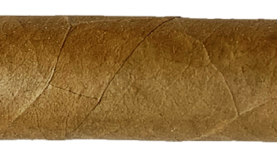 Top 25 lists are one popular way to see what’s hot in the industry, but they also get a lot of grief from cigar consumers. Some people accuse certain lists of ranking cigars based on ad money spent with certain publishers. So how does this really work? Can cigar makers buy top 25 lists positions? Does the Ad money play into it? In this video, Patrick Lagreid (editor of Halfwheel) and I discuss this topic as two people who work and live in this world. Drop a comment with your opinion!

Patrick and I are smoking some cigars that appeared on Halfwheel’s Consensus list. This is a list that collects the cigars that have appeared on the most top 25 lists across the industry (including the ones where ad money is a factory and the ones where there are no advertising dollars involved). I love this list because it gives a good look at what is hot across the whole industry

I’m glad the Fonseca made it to the Consensus list. I have been raving about this cigar for the last year. So seeing it acknowledged as a top 25 cigar is gratifying. This blend has some of the best medium strength flavor I’ve found in any cigar. If you want something smooth and creamy with that classic My Father flavor, this is not a blend you’ll want to pass up.

This blend almost couldn’t miss the Top 25 lists. It’s the special edition of Steve Saka’s Sobremesa Brulee line, which has quickly become one of the more popular Connecticut blends on the market. Light this cigar up for a creamy mild experience with truckloads of uncompromising flavor. You won’t take more than a few puffs before you realize why this is appeared on SO MANY Top 25 lists last year!

One Thing About The Cigar Industry That Drives Me Nuts!

Wow… The Top 25 Cigar Lists Picked Some Winners This Year