How to Find The Perfect Cigar Lighter

The Silent Killer of Cigar Collections

The One Way To Roll A Cigar With Real Consistency 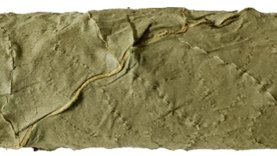 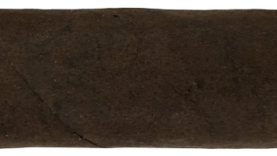 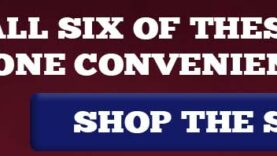 Supply chain issues are everywhere right now, and nobody is getting past them. Even the cigar world has been stricken with issues as a lot of highly popular cigars are getting hard to acquire. But even if your cigar shop is running low on the hot blends, it doesn’t mean that there aren’t still some stellar blends sitting on the shelves. In this video, I’ll take you through some stellar blends that are more regularly available right now.

Blender Matt Boothe is kind of… actually totally unhinged. His Doomsayer Aggressive is a medium strength maduro that uses tobaccos from Indonesia, Honduras, Nicaragua, and the USA. This is, to me, a perfect boutique blend. It has the quality of flavor and construction while landing at a $7.50 shelf price.

Oscar Valladares has quickly cut out a place for himself in the cigar making world with his Leaf By Oscar Cigars. Now his new brand, Oscar Valladares Cigars, which are quickly catching the cigar world on fire. The Oscar Habano is a 3 country blend, with leaves from Ecuador, Nicaragua, and Honduras. If you want a balance of Honduran earthiness and Nicaraguan kick, this blend is the one to pick up.

Padron is one of the oldest and most trusted names in cigars. They are the original Nicaraguan Cigar family. They’re best known for their 1926 and 1964 Anniversario cigars… which also fetch about $20 per cigar. The Padron 2000 Natural brings Padron’s famous leaf to an economic blend that captures the flavor that made their name famous.

Foundation is one of the most well established boutique brands out there right now. Led by the tobacco obsessed Nick Melillo, Foundation has produced some of the most awarded cigars of the last 5 years. The Wise Man Maduro is a stronger offering among Nick’s catalog of premium blends. With a thick San Andres wrapper, this blend offers a fine balance of pepper and sweetness.

American Viking’s Obrigado is, in a way, the original Viking. It was the first banded exclusive blend released in what would become American Viking Cigars. This blend comes wrapped in a dark oily Habano wrapper that produces a rich medium strength flavor that has propelled this blend among American Viking fans.

The Joya Siver is a powerhouse of strength and flavor. This Ecuador Habano blend comes with a kick of pepper and spice that fill that palate along with a bouquet of dark flavors. This is a blend that can sneak up on you if you’re not ready for it.

How to Create The Perfect Cigar Lighting Ritual